In January 2019, Health Canada released the latest version of the country’s dietary guidance, also known as Canada’s Food Guide. Last revised in 2007, the new Food Guide goes beyond providing Canadians with guidance on what to eat, but also provides guidance on how, when, why, and where to eat, promoting the importance of foods skills and food literacy. This is best exemplified by the Guide’s recommendations to use food labels to make informed nutrition choices and to be conscious of the impact of food marketing on food choices.

What are some of the biggest changes to the Food Guide?

It is important to note that the Guide still recommends the consumption of healthier animal-based products such as fish, shellfish, eggs, and lower fat milks and yogurts, among others.

This change conveys two key messages: the importance of focusing on a healthy pattern of eating, rather than individual nutrients, and the importance of consuming a diet rich in fruits and vegetables, which promotes many positive health outcomes including a decreased risk of cardiovascular disease (2).

“Water should be the beverage of choice.” (3)

The trademark rainbow, representing the four food groups, is gone. In its place is a plate with a visual depiction of the whole, unprocessed foods that Health Canada recommends Canadians consume in a day, with the tagline “eat a variety of healthy foods each day” (2). These include fruits and vegetables (1/2 of the plate), protein foods (1/4 of the plate), and whole grain foods (1/4 of the plate). The image also includes a glass of water to promote the recommended beverage of choice.

Over 100 countries worldwide have developed dietary guidelines specific to their populations’ needs.  These guidelines are adapted based on culinary cultures, food availability, dietary needs of the population, and general eating habits. The Food and Agriculture Organization has compiled a database of dietary guidelines from around the world. To see how Canada’s dietary guidelines differ from other countries’, check out the database at http://www.fao.org/nutrition/education/food-dietary-guidelines/home/en/.

For more information on the new Canada’s Food Guide and to access additional healthy eating resources check out: https://food-guide.canada.ca/en/. 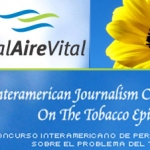 Hypertension in Chile
Scroll to top