Policy Brief: The challenge of reducing the consumption of salt / sodium in the diet of the Latin American population

The World Health Organization (WHO) recommends consuming less than 5 gm of salt per day, yet global consumption is much higher and some of our countries in Latin America double or triple that amount consumed on average per person per day. It is estimated that around 2.5 million deaths could be prevented each year if salt consumption is reduced to 5 gm per day.

Interventions to reduce salt/sodium in the diet are considered “Best-buys“ by the WHO, since they are the most cost-effective measures that countries could take to improve the NCDs situation in the population. 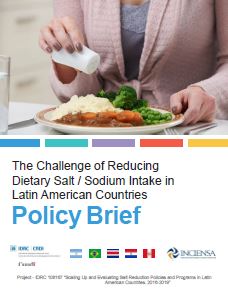 The Costa Rican Institute for Research and Teaching in Nutrition and Health (INCIENSA, by its acronym in Spanish) led the multicenter project IDRC 108167 “Scaling up and evaluating salt reduction policies and programs in Latin American countries”, with funds from the International Center for Research Development (IDRC) during the period 2016 to 2020.

As part of the knowledge translation plan of the regional project, the document “Policy Brief: The challenge of reducing the consumption of salt / sodium in the diet of the Latin American population” was prepared.  This Policy Brief is a summary of the scientific evidence generated by the five participating countries (Argentina, Brazil, Costa Rica, Paraguay and Peru) with the technical assistance of international experts in the multi-center project. Based on the regional conclusions and recommendations, the main priority actions were identified to address the prevention of hypertension and cardiovascular diseases by reducing excessive salt / sodium consumption, and provide updated information to guide decision making in health policies and related sectors.  El policy brief también se encuentra en español AQUI. 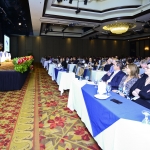 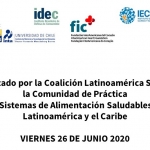 WEBINAR – CLAS and Community of Practice
Scroll to top